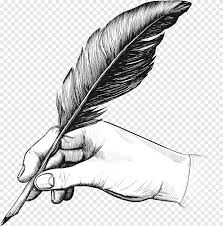 The new federal holiday—Juneteenth—is so new that many Americans have only a vague notion of its importance. In time, however, it will be as much a part of American identity as the Fourth of July. Indeed, the new holiday’s official name is “Juneteenth National Independence Day.”

Kentucky congressman Thomas Massie, together with 13 other representatives, voted against the holiday. Massie objected that

Juneteenth belongs to every American of every ethnicity. Like the Fourth of July, the new holiday celebrates the spirit of the founding document that declares that “all men are created equal.”

Juneteenth began as a celebration of the freeing of the slaves in Texas on June 19, 1865. (The name is a mash-up of “June 19.”) Soon after 1866, it spread to other states as a Black holiday. Now it has become a holiday for all Americans— not an alternative to the Fourth, but a complement to it.

Juneteenth celebrates an achievement that should matter to all Americans, the end of what founder Samuel Adams called a “foul contagion in the human character” and “an evil of colossal magnitude.” According to Adams, the American Revolution would never be complete until all slaves were free. (Unlike Washington and Jefferson, who also declared their aversion to slavery, Adams never owned slaves.)

Together with the picnics and fireworks, an annual reading of pertinent documents would be a fitting part of the celebrations.