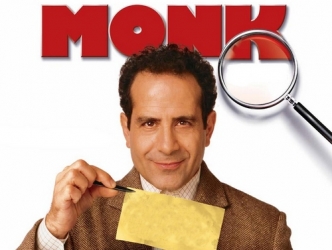 American English speakers are especially tolerant of variations of pronunciation for such words as pecan, often, aunt, dog, tourist, dawn, and vehicle. Many speakers pronounce the t in often or pronounce aunt with a broad a. These variants present no problem of comprehension.

Sometimes, however, an unfamiliar pronunciation obscures meaning for the listener.

I did a listening “double-take” when I heard a promotional ad that mentioned the detective series Monk.

The announcer pronounced monk /munk/ to rhyme with wonk /wahnk/.  If she’d said the word out of the context of the television show, I would not have understood  what she meant.

A foreign speaker could understandably expect the spelling monk to rhyme with words like bonk, wonk, or conk, but I was surprised to hear a native speaker do it. Anyone who has been through elementary school would have heard of monks and presumably heard the standard pronunciation. Besides, the characters in the TV series all pronounce Monk to rhyme with punk. Of course, the announcer may not have ever watched the show.

This (to me) odd mispronunciation of monk by a professional television announcer is an example that language teaching in US schools has changed. Standard pronunciation is no longer on the menu.

Everyone speaks a home dialect that may or may not conform in usage or pronunciation to Standard English, but every speaker will benefit from becoming aware of pronunciation differences. If nothing else, being aware of alternative pronunciations can be an aid to correct spelling.

Here are some suggestions for learning more about standard American English pronunciation and how it has changed since the early 20th century:

1.Choose a standard dictionary of American English. For many words, Merriam-Webster includes more than one pronunciation option, but the first one given is the (current) standard pronunciation.

2. Watch old news reels from the 1940s and 1950s and pay attention to the speech of U.S. Presidents, Congressmen, and ordinary citizens being interviewed in a news story.

3. Watch feature movies made before it became fashionable for all the characters and not just the criminals and buffoons to speak nonstandard English. The Thin Man movies offer an especially broad palette of American pronunciation in the 1940s.

There’s nothing wrong with preferring a variant pronunciation as long as meaning remains clear to other speakers. Regional variations  add color to to the language. Nevertheless, there is such a thing as a standard pronunciation. Speakers who want to communicate beyond their immediate dialect group will benefit from being aware of it.

Want to know more about standard American English pronunciation and its relation to standard spelling?  Check out 7 Steps to Good Spelling.